by Walden author page
Be the first to comment! Music Tuesday, 5 April 2016

First thing in the morning I woke up to a radio announcement declaring that “Kurt Cobain is dead.” In that moment, my soul also died a little bit. At 14 years young, I had never felt a loss like this before, especially for someone with celebrity status. This was a horrible way to start any day, let alone a birthday. Still to this day, that was the worst birthday gift ever. I would have rather received The "Priest" They Called Him. That day we may have lost the man behind the machine but the legacy of Nirvana will forever be in some of our hearts. I still firmly believe that it wasn’t exactly a suicide... I know it was definitely Courtney’s love of fame that killed Kurt Cobain. In one form of manslaughter or another.

RIP Kurt. Hopefully you can rest easy knowing that you are an inspiration that is truly loved by millions. I have a lot to thank Kurt and Nirvana for. If it wasn't for them I may never have learned to play the guitar and sing songs that I knew inside and out. I may never have developed an obsession for bootlegs, demos and raw, unreleased material like the Outcesticide series. Sometimes tenth generation dubbed cassettes were the greatest listening experiences. Unfortunately, the kids of today will never know the joy of dubbing and making mix tapes. Those were the days.

Posted below is a news report from KSTW Seattle on that day, and a graphic that I threw together for the 90's edition of Around D-Town, a local zine that inspired this post 100%. I've got to admit, I'm excited to see my advertisement that was also submitted for the upcoming issue. You can get yours too for only $20. Content submissions are always free. 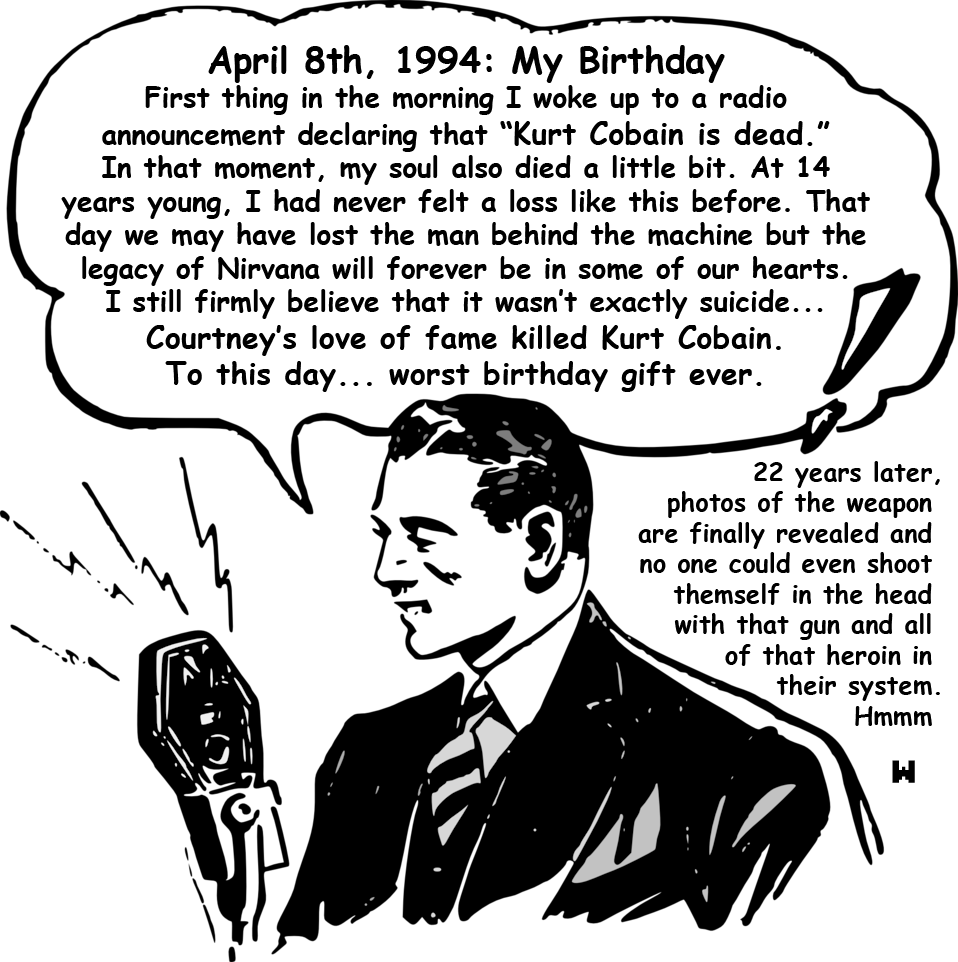